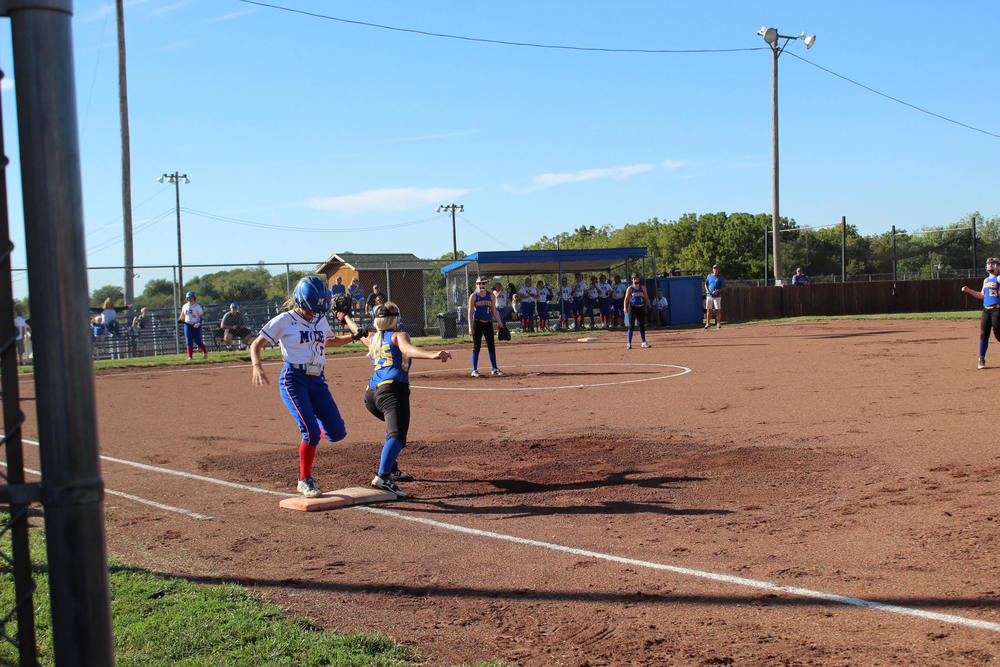 MORRISVILLE - The Macks Creek Lady Pirates traveled to Morrisville to play the Marion C. Early Lady Panthers on Monday night. When the night was through the teams had split their games. See story below:

In a continuation of their Saturday Weaubleau Tournament Consolation game, Macks Creek and Early met with the score at 2-1 in the bottom of the second with the Lady Panthers at the plate.

Prior to the game being postponed, the Lady Pirates had jumped out to that 2-1 lead in the first. Bobbie Hilton doubled up the middle and Caytlin Eidson was hit-by-a-pitch, putting runners at first and second. Shaylee Skinner laced a two-RBI-double to right-center field to put the Lady Pirates up 2-0. She would move to second on a single by Myra Cortez before being retired for the third out on a ball to third off the bat of Kenzie Hicks. It was the last time they would score in the game. Early tied the game in the third. A walk, wild pitch, a ground out to short, and another wild pitch allowed the run to score. The big blow for the Lady Panthers came in the bottom of the fourth. With the bases loaded a single down the left field line was misplayed by the left fielder and the bases cleared, putting Early ahead 5-2. They would retire the Lady Pirates in the top of the fifth as time ran out in the tournament game.

Macks Creek's Bethany Schmidt (4-1) suffered her first loss of the Fall in the circle. She worked four innings, allowing five runs, three earned, on two hits while striking out four, walking eight, and hitting one batter. 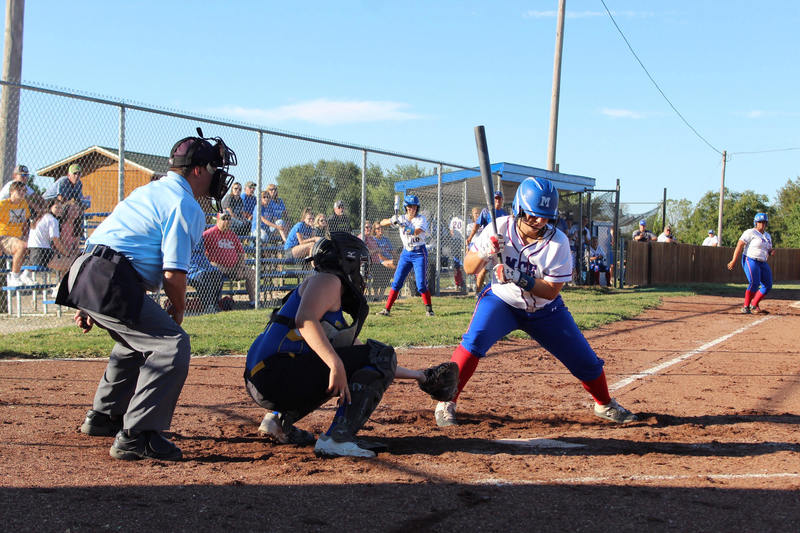 Offensively the Lady Pirates were only able to muster three hits, with all of them coming in the first inning. Bobbie Hilton doubled while Shaylee Skinner and Myra Cortez both singled. Caytlin Eidson was hit-by-a-pitch and scored a run, Molly Phillips walked, and Syrena Rector scored as a courtesy runner. Alyssa Seaholm and Molly Phillips walked in the contest.

The loss dropped the Lady Pirates to 6-4.

Game two of the night turned into a bit of a pitcher's duel, with defense abounding behind both hurlers as the Lady Pirates edged out the Lady Panthers, 3-1.

Jesse Willis singled in the top of the first and stole second, but she would remain stranded. The Lady Panthers plated their lone tally in the bottom of the inning. Lauren Taylor singled on a slow roller up the middle that was fielded by the second baseman. Her throw was off-balance and bounced off the runner crossing first. Taylor reached second base, moved to third on a passed ball, and came in to score on Hannah Brisley's RBI-single to left. She would advance to third on a passed ball and remain stranded there, with three consecutive fly balls being recorded for outs 1-2-3.

The teams would exchange zeroes in inning number two before the Lady Pirates plated their first two runs in the third. Molly Phillips lifted a bloop single to right, moved to second on a passed ball, and stole third ahead of a Kenzie Hicks RBI-triple down the left field line. A ground out to the pitcher brought Jesse Willis to the plate. She lined a pitch back up the middle to bring in Hicks and give the Lady Pirates a 2-1 lead. Willis would also steal second but remain stranded. 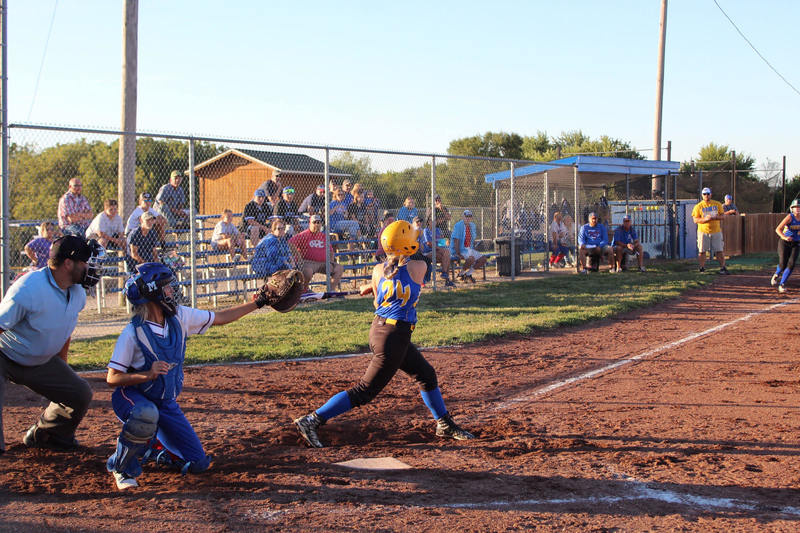 The next two innings would see both teams put runners in scoring position, but unable to push any runs across. Macks Creek added an insurance run in the top of the sixth. With two outs Myra Cortez lined a ball down the left field line for a triple. She would come in to score when the throw to the cutoff went between the legs of the fielder. The lead now stood at 3-1.

Early looked to tie the score or win in the bottom of the seventh. With two outs Paige Mawhiney walked and moved to second on Lauren Taylor's single down the right field line and bring the winning run to the plate. A pop out ended the threat and the game.

"We rebounded nicely in the second game," said Coach Jason Trusty of Macks Creek, "We played some great defense, had a bit of timely hitting, and had some good pitching mixed in."

Shaylee Skinner (3-2) collected the win in the circle for the Lady Pirates. She allowed one unearned run on six hits while striking out one, walking two, and hitting one batter. 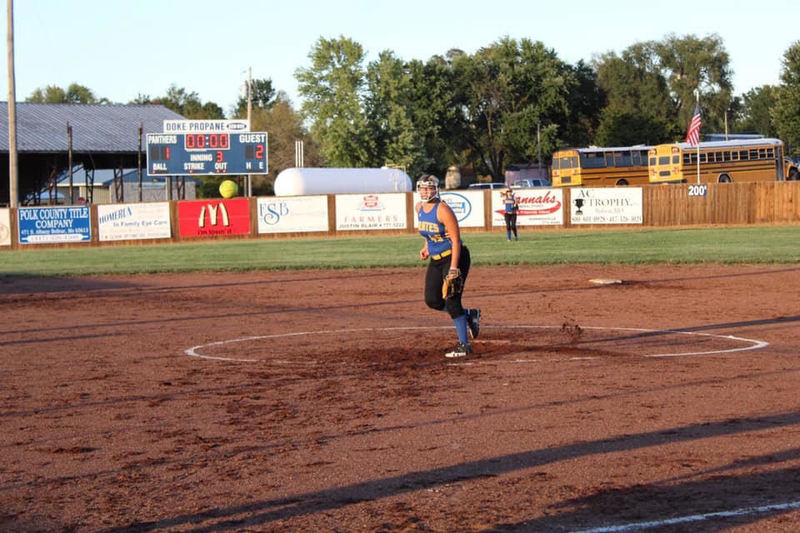 Hannah Brisley suffered the loss for the Lady Panthers. She was touched for three runs, two earned, on seven hits while striking out nine and hitting one batter.

Lauren Taylor singled twice, reached on an error, and scored the lone run for the Lady Panthers. Hannah Brisley, Koralee Hadley, and Riley Simmons all singled while Olivia Blehm doubled. Brisley had an RBI, Bella Presley and Paige Mawhiney walked, and Nettie Wiggins was hit-by-a-pitch.

Macks Creek improves to 7-4 with the win. The Lady Pirates are slated to travel to Calvary Lutheran to take on the Lady Lions before playing host to the Stoutland Lady Tigers on Thursday. Game time is slated for 5:00 each night.