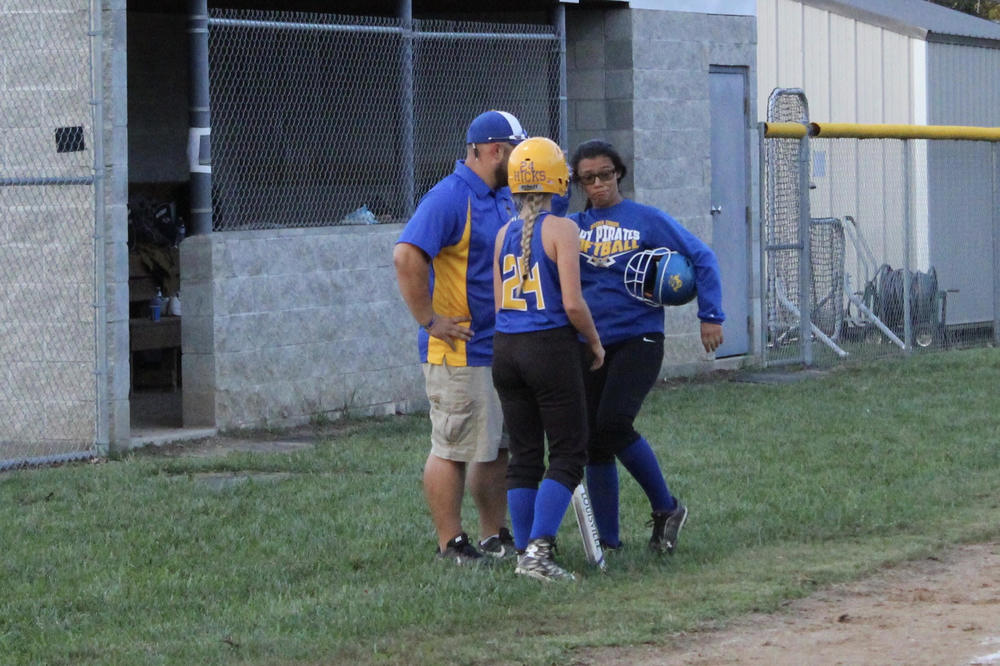 HERMITAGE - Macks Creek placed fourth in the Hermitage Tournament. Game details from the weekend games are below.

Macks Creek advanced to the semifinals with a 16-0 win over the Wheatland Lady Mules on Friday night.

Alyssa Seaholm led off the top of the first with a ground ball to third that was misplayed. She moved to second on a wild pitch, to third on an attempted back-pick at second, and then stole home later in the inning. Bobbie Hilton had walked and Courtney Knight entered as a courtesy runner. She stole second on the play that allowed Seaholm to score. A pop out to the pitcher and then a ground out to short ended the half inning. 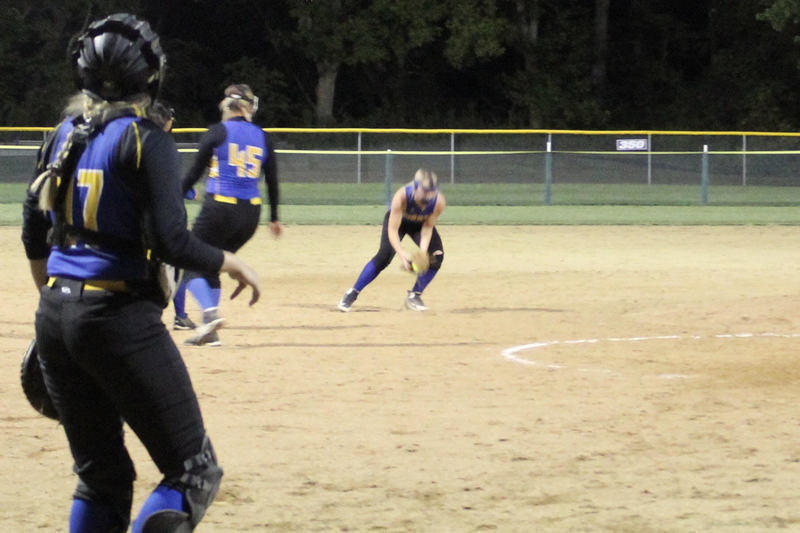 Wheatland put the lead off runner on with a single and were able to move her to third. She was left stranded there as the third out was recorded.

In the top of the second the Lady Pirates sent 12 hitters to the plate and scored eight runs, putting the game out of reach. Myra Cortez and Bethany Schmidt walked and Molly Philips followed with a single that loaded the bases. After a pop out to short Alyssa Seaholm reached on a fielder's choice, plating Cortez and advancing the other runners. Jesse Willis collected an RBI when she was hit-by-the-pitch, Bobbie Hilton and Caytlin Eidson each had RBI-singles, Seaholm scored on a wild pitch, Shaylee Skinner reached on an error and pushed in courtesy runner Knight, and courtesy runner Syrena Rector scored from first on Myra Cortez's RBI-double. Cortez would move to third and then score on wild pitches to push the lead to 9-0. 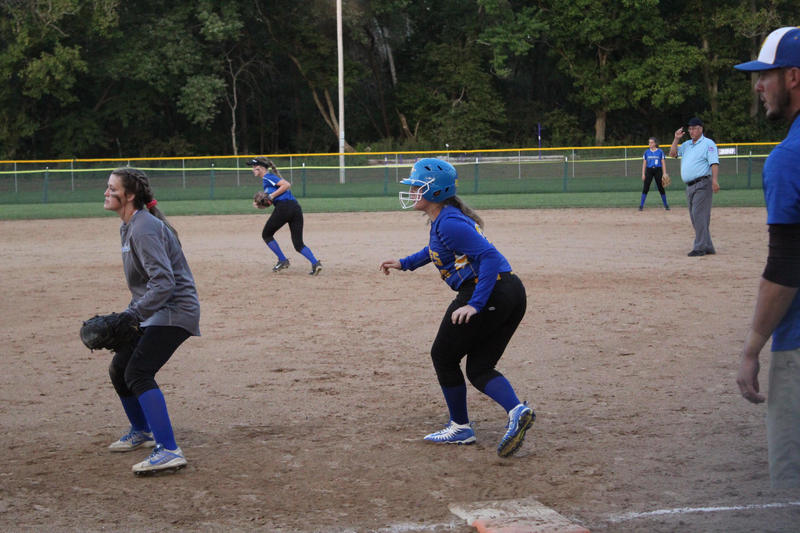 The top of the third was another long inning for the Lady Pirates, as they sent 13 hitters to the plate and scored seven more runs to create the final margin. The Lady Pirates drew five walks, were hit-by-pitches five times, and had two hits to do the damage.

Shaylee Skinner (5-3) started and picked up the win with her three innings of work. She allowed three hits while striking out three hitters in the contest. 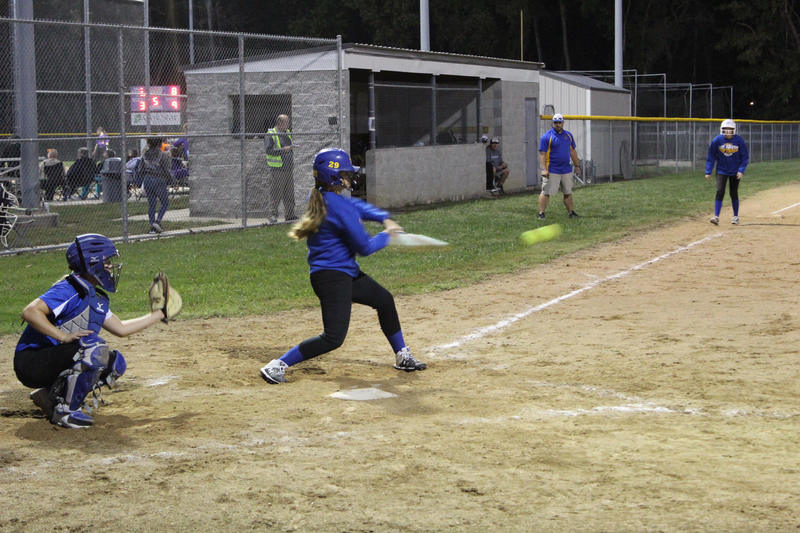 Macks Creek returned to play in the semifinals of the tournament on Saturday morning, and fell to the second-seeded Lady Bulldogs of Leeton, 5-0.

Alyssa Seaholm walked to lead off the game, stealing second, and then moving to third on a Jesse Willis ground out to first. She would remain stranded. Leeton scored three runs in the bottom of the inning, utilizing a single with an error, an error on a fly to left, a hit-by-pitch, a walk, and a two-RBI single to do the damage. They would plate one more urun in the second and then their final tally came in the fifth to round out the scoring.

The Lady Pirates best change to score was in the top of the seventh. Shaylee Skinner reached on an error and was replaced by courtesy runner Syrena Rector. A walk of Myra Cortez moved her to second before a wild pitch advanced both runners an extra base. Rector would be tagged out at home on Courtney Knight's slow-roller to the pitcher, and then Knight would be erased at second base on a ball of the bat of Kenzie Hicks for the final out.

Offensively, Macks Creek was held to one hit in the game, a single off the bat of Caytlin Eidson in the fourth. Alyssa Seaholm walked, Jesse Willis was hit-by-a-pitch, Myra Cortez was beaned and walked, and Courtney Knight reached on a fielder's choice.

Shaylee Skinner (5-4) took the loss. She worked six innings, being touched for five runs, one earned, on four hits while striking out two, walking three, and hitting one batter. 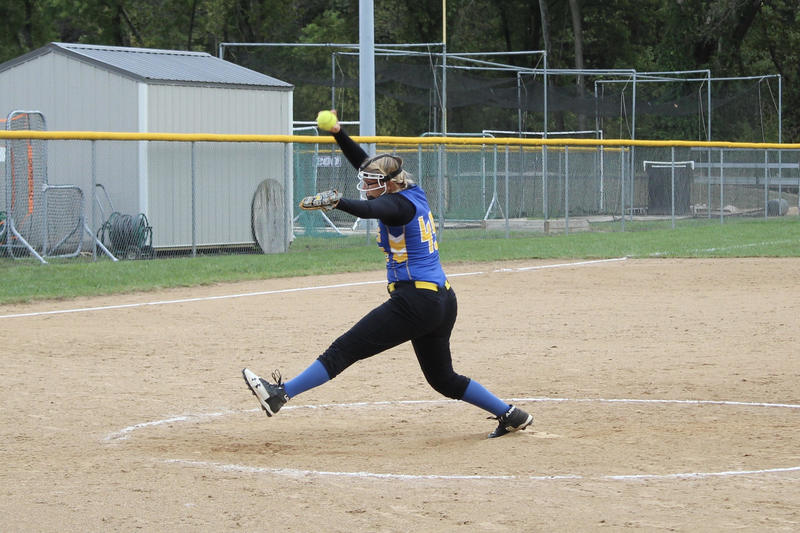 Game three of the tournament featured the fifth-seeded Lady Hornets of Fair Play against the third-seeded Lady Pirates. Trailing by the score of 2-1 going into the sixth the game was suspended due to lightning in the area. Ultimately, the game was called complete due to storms being present in the area, handing the Lady Pirates a tough loss due to weather.

Fair Play took the lead in the top of the first when Breezy Wilson singled, moved to second on a Meghan Hoxsie sacrifice bunt, to third on Chyler Welch's ground out to the pitcher, and then scored on Brayden Thomas's RBI-double to left field, plating Wilson.

In the bottom of the inning Jesse Willis walked with one out, stole second, and moved to third on a passed ball but would remain stranded. In the second Shaylee Skinner walked and was replaced by courtesy runner Catie Gabriel. Gabriel moved to second when Courtney Knight was hit-by-a-pitch and both runners moved up on a passed ball. They would not score.

In the third Jesse Willis waked again, stole second, and then moved to third on a third strike - wild pitch of Bobbie Hilton. Hilton would be thrown out at first and ground out to third ended the frame. 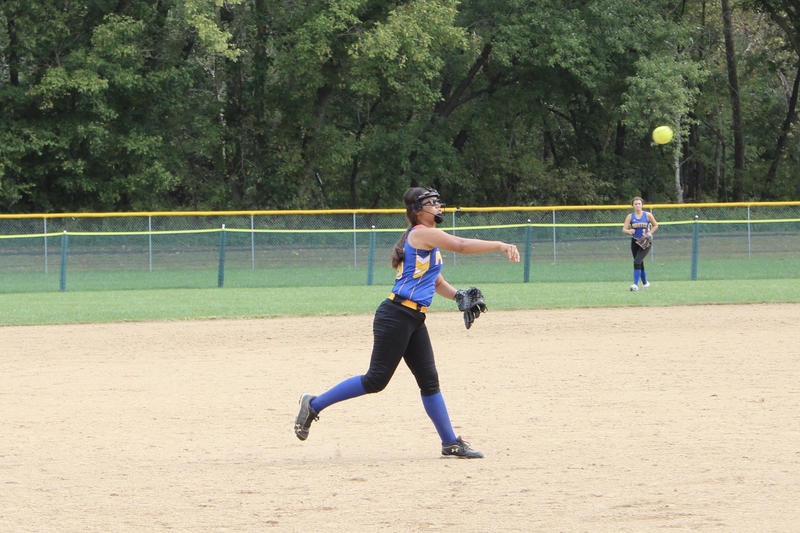 Both sides matched zeroes until the the fourth. Chyler Welch doubled over the head of the center fielder and came around to score on Brayden Thomas's RBI-triple to left field. In the bottom of the inning the Lady Pirates saw Myra Cortez get hit-by-a-pitch and then steal second. A ground out off the bat of Courtney Knight moved her to third, but she would remain stranded as the offensive struggles continued for Macks Creek. In the bottom of the fifth Jesse Willis doubled to left with two outs and then advanced to third on a wild pitch during a strike out of Bobbie Hilton. Hilton would reach this time and be replaced by courtesy runner Syrena Rector. Caytlin Eidson then popped up a pitch to short that was dropped, allowing Rector to reach second and Willis to score. The lead now stood at 2-1. Rector would be tagged out at home trying to score during Shaylee Skinner's at bat, ending the inning. The game was called in the top of the sixth, with Fair Play having a runner at second with one out.

Shaylee Skinner (5-5) suffered the loss in the circle. She allowed two runs on four hits while striking out two and walking three batters.

Chyler Welch received the win for the Lady Hornets. She allowed one unearned run on one hit while striking out 10, walking three, and hitting two batters.

Jesse Willis collected the only hit for the Lady Pirates with her double in the fifth. She also scored the lone run and walked twice. Bobbie Hilton reached on a wild pitch on strike three, Caytlin Eidson reached on an error, Shaylee Skinner walked, and Myra Cortez and Courtney Knight were beaned.

Macks Creek completes a busy week with a 4-2 record, improving their overall record to 11-8. Their last four games of the season are all back in Polk Country League Conference Play. They will travel to Weaubleau on Monday, Halfway on Tuesday, and play host to Humansville on Thursday for Senior night. All game times are 5:00.