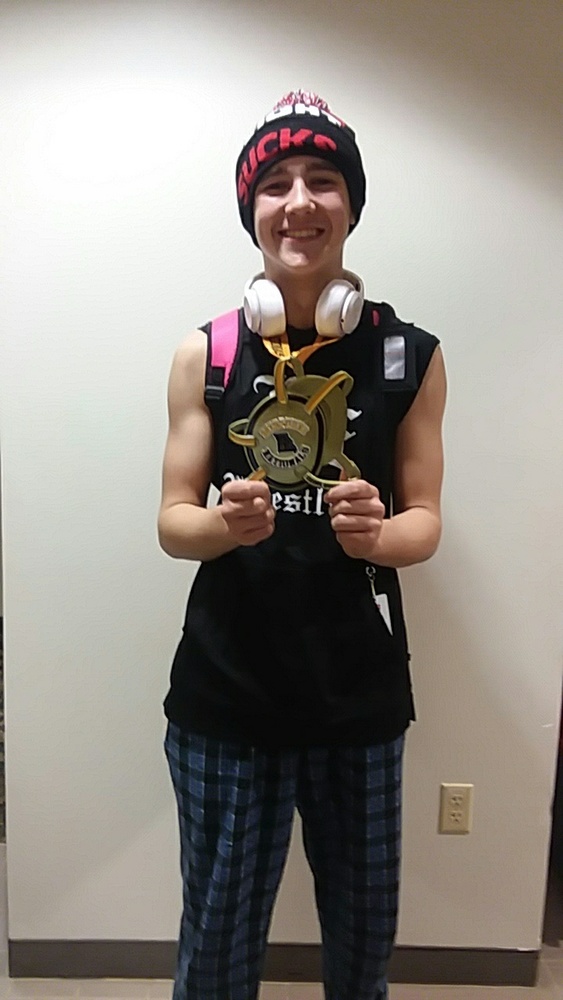 It was an exciting weekend for 8th grader Aidyn Merchant and 6th grader Kamora Merchant in Lebanon at the Missouri National wrestling tournament! Aidyn finished first in a 13 man bracket at 14 and under 140 pounds. Aidyn has wrestled in the tournament 7 times, placing each year in the top 5, and winning the championship twice. This year was Aidyn's last trip to the tournament. Kamora finished first in her girls 12 and under 100 pound bracket. It was Kamora's first time ever taking first in a tournament since she began wrestling last year. Way to represent Aidyn and Kamora! We are proud of you both! #MCPirates