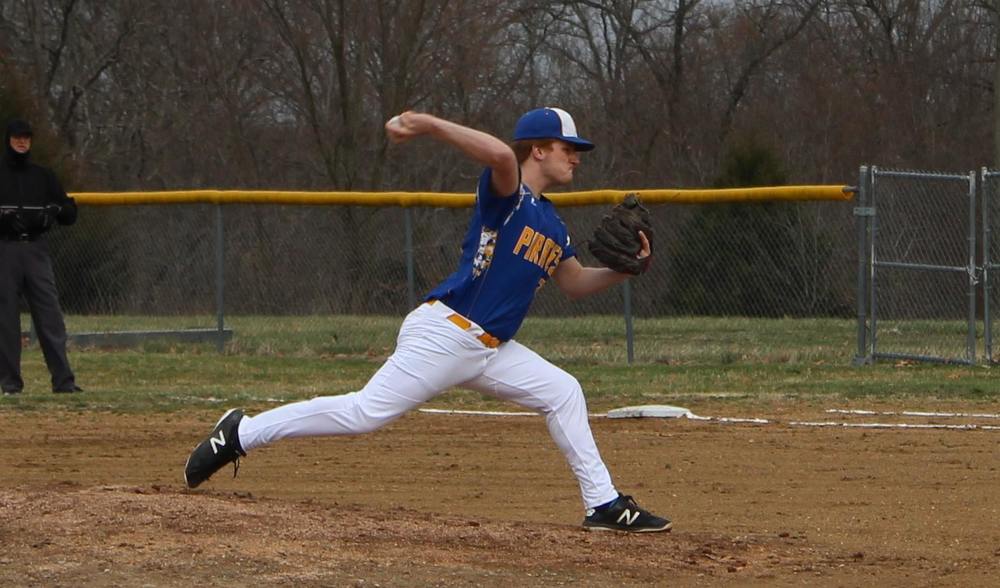 MACKS CREEK - The Macks Creek Pirates picked up their second win of the Spring in their home opener, defeating the visiting Hermitage Hornets 10-0 in six innings on Monday night.

The Hornets went quiet in the top of the first while Macks Creek plated one.  Cole Register walked with one out, stole second, and then scored on Hunter Lane's single to right for an early 1-0 lead.  They plated three more in the second inning.  Oscar Cortez walked, moved to second on a passed ball, stole third, and then scored on a wild pitch.  Tanner Smith walked and stole second.  Carsen Strutz walked, both he and Tanner moved up a base on a wild pitch, and Smith came in to score on Zane Whitworth's ground out to second.  Strutz moved to third on the play and would eventually score on a balk call.  The Pirates lead was now 4-0.

Wyatt Mooney reached on a hit-by-pitch for the Hornets in the third but would remain stranded.  Macks Creek plated three more runs in their half of the frame.  Hunter Lane walked before coming in to score on Trever Smith's RBI-double to right-centerfield.  Trever would then score on Colton Walter's RBI-single.  The throw to the plate allowed Colton to move to second.  He advanced to third on Oscar Cortez's ground out to short and would then score on Tanner Smith's RBI-ground out to the shortstop.  Carsen Strutz would walk but would be stuck at first when out number three was recorded. 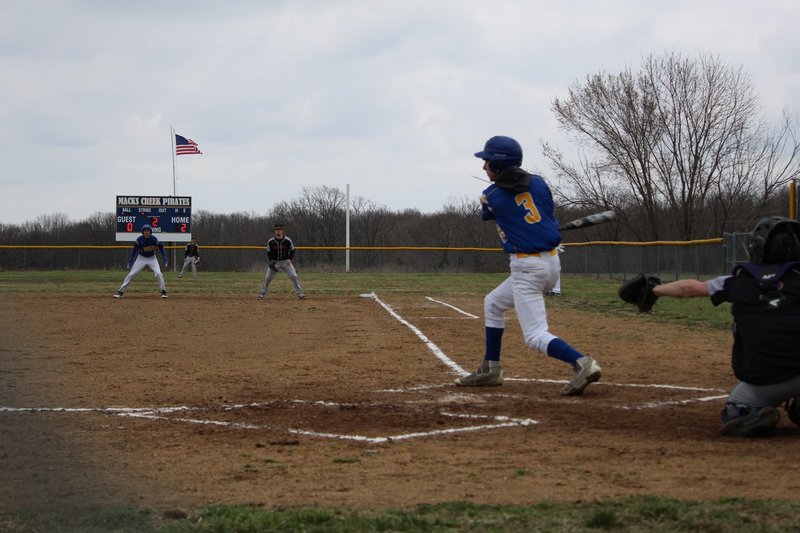 Hermitage threatened to score in the stop of the third.  With one out Justin Mitchell walked and stole second before moving to third on a wild pitch.  Hunter Sanders walked and stole second in the next at-bat, before consecutive strike outs by Macks Creek starter Tanner Smith stopped the rally short.  Macks Creek plated one more run in the fourth.  With one out Cole Register walked, moved to second on a wild pitch, and came around to score on another Hunter Lane single for an 8-0 lead after four.

Both sides would go quietly in the fifth.  After a 1-2-3 top of the sixth Macks Creek plated two runs to end the game at 10-0.  Grant English singled to lead off the inning and then came around to score on Cole Register's double to left.  Register would then come across the plate when Hunter Lane collected his third hit and RBI on a double to left field.

"We did a nice job of making some adjustments early at the plate and keeping the pressure on the defense," said Coach Trusty, "we put the ball in play enough and showed some more patience at the plate again tonight as well."

Tanner Smith (1-0) picked up his first win of the Spring and of his Varsity career with four-and-two-thirds innings of work.  He struck out nine, walked three, and hit one batter.  Zane Whitworth worked the final inning-and-a-third, striking out three of the four batters he faced.

"Tanner threw well and could have stayed in to finish if not for pitch count, and, Zane did a great job coming in and throwing strikes," commented Coach Trusty.

Justin Mitchell reached base twice for the Hornets, walking and making it to base on an error.  Hunter Sanders walked and Wyatt Mooney was beaned and walked as well. 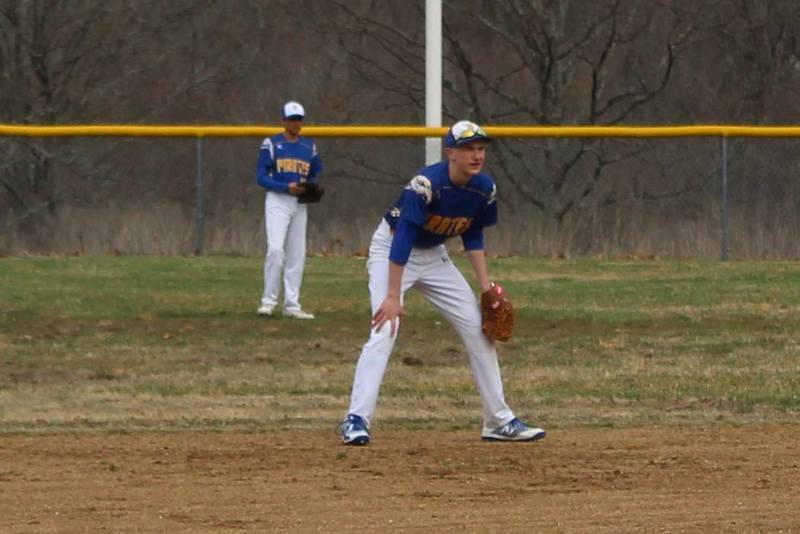 The Pirates JV suffered a 7-0, three-inning setback in the night cap.

Preston Borgmeyer was the only JV Pirate to reach base, as he did on a dropped third strike.  He would make it to third on the play before being thrown out at home trying to score on a wild pitch.