On Thursday, November 11th, the Macks Creek R-V School District was privileged to host 34 area Veterans for a ceremony in the high school gym. High School Principal, Mr. Jason Trusty served as Master of Ceremonies and shared opening remarks thanking the Veterans for their service and their attendance. All of the Veterans were honored throughout the ceremony which included individual recognition of each Veteran and the presentation of a pin and certificate by State Representative Suzie Pollock and Superintendent, Dr. Josh Phillips. 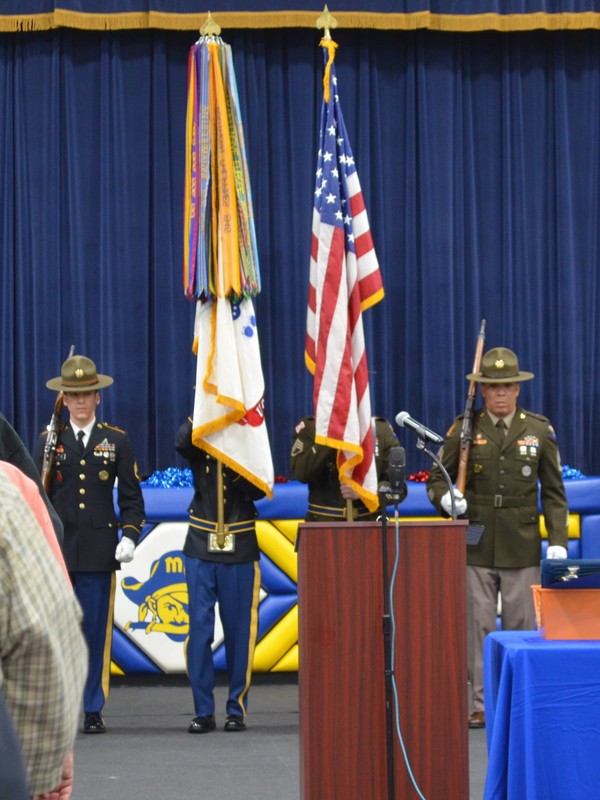 CPT Jarred Howell provided the ceremonial address to the Macks Creek students, faculty, staff, and community. He spoke on various ways service men and women have answered the call to duty in the United States’ armed forces. He also spoke of how the military serves the purpose of both war and peace, bringing people of different backgrounds together as a part of something much bigger than themselves. CPT Howell currently serves as the Company Commander of Bravo Company, 169th Engineer Battalion at Fort Leonard Wood. Along with CPT Sullivan, the 1st Engineer Brigade from Fort Leonard Wood was also in attendance and presented the colors for the ceremony.

During the program guests and students enjoyed listening to the Macks Creek Choir, who performed “America the Beautiful” and “God Bless America”. Senior Cieanna Earney opened the ceremony by reciting the Pledge of Allegiance and Junior Craigen Frazier played “The Star-Spangled Banner” on the trumpet. The program concluded with the playing of “Taps”, to remember the service men and women who have passed away in both combat and at home, then followed by Molly Phillips reading the poem, “The Call to Duty”.

A link to the ceremony can be found here: 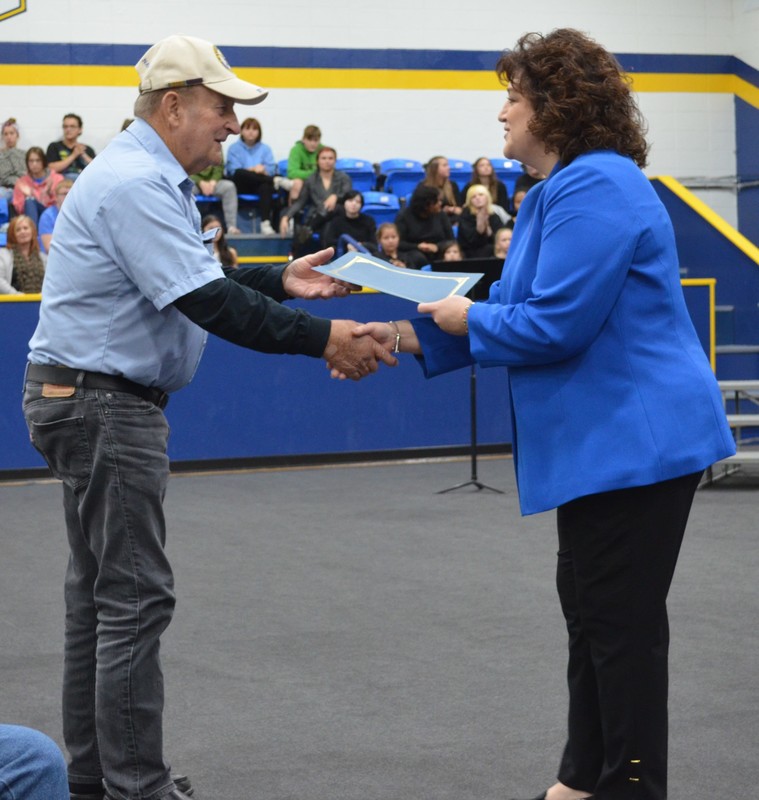